Please do NOT(!) chat here, this topic is for server related messages (crash, restarts etc.) so please post status reports for the live server only.

Hello,   I'm going to be direct since you don't seem to have a problem with it. I'm tired of you treating staff badly because you're upset. I realize there's a language barrier here so I'm g

Hmm...i was just logging in fine and gating fine, but i saw some other messages. I am restarting the whole server, will take a few. 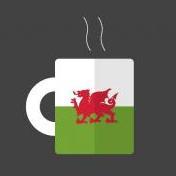 Just in case this thread is monitored more closely than the tech support section, there's a thread here regard a crashing issue lots of people have been having for the last 2 days.