PvP, All the topic threads 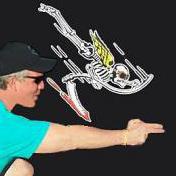 One stipulation?  I don't mind PvP as long as all of the ego-fuled rants and taunting cannot be heard... I propose that all PvP players be unable to send on General, New Player and Market channels whi

If this is just a "what if" discussion then all good but if the DEV's are actually using the time they put into this game for this idea I must say what a waste. I am truly not here to rip the dev's in