Need Help With A Part Of The Waking Nightmare Mission 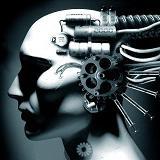